It started off with an adventurous vacation in Paraguay with a good friend, visiting another good friend in the Peace Corps.  Drinking tereré in the plaza, jumping off waterfalls and discussing machismo while staying out all night!  Then English Dave and I celebrated our one year anniversary in February and my sister Anne came to visit in March where she witnessed the Old Goat 50 mile race and met a lot of my close running buds.  I also took a class at San Diego City College on Native California Indians in the spring.

When I originally came to San Diego, I knew there was good running here and when I got the invite to run Badwater Salton Sea, I couldn't pass it up, regardless of vacation time confines and training for my first 100 mile race.  So, I quit my job in the for-profit higher education industry I was sick of and knew it was time to make my change and take the steps towards a career change.  After completing a brutal 81 mile Badwater Salton Sea race and getting a kidney infection, I got the call about my mom being admitted into the hospital on a Saturday, I was there by Monday evening.

My mother has always taken care of everyone else.  Driving us around, working two jobs, devoting herself to our events and our goals, she has neglected herself for as long as I can remember.  Either believing she can live vicariously through us, or that her happiness depends upon ours, this is what I have seen over the years.  While it may be normal to think that this is exactly what a good mother should do, underlying emotions and barriers have developed in the progress.  She has seen herself in us and has worried that we might bring the same lack of respect for ourselves into our lives.  In my case, I have subconsciously never been able to rely on emotions in romantic relationships, instead, using logic to guide my actions.  I have such a fear of neglecting myself that I have become too selfish to get myself into a position where I could possibly give myself to someone else.  I had been contemplating this since my mom's hospital stay and during an emotional sports kinesiology session with my chiropractor, after I asked if perhaps I was holding emotions in my foot, this came up!
What I'm going to do about it is yet to be determined.  Attend emotional workshops?  See a therapist?  Run some more and think about it??  Whatever I do, I'm glad I am now consciously aware of it.

After she got strong enough, my dear mother was released to go home and now has a new lease on life!!  Thank you to friends, family, God and the world for the support.  She's doing well and keeping herself busy with projects for both others and herself!  It's an everyday battle, just as life.  She got out of the hospital just in time to celebrate in the best way possible.  My sister's marriage!  It was beautiful and they are perfect for each other!  I love you all.

Returning to San Diego after having ran no more than 15 miles in total since the 81 miler 4 weeks beforehand, the San Diego 100 mile endurance run on June 8-9 was amazing.  Everyone asked about my mom and I thought of her the entire time.  I had a great crew and pacers with me the entire time.  It got into the 100s in the mountains and while 60% of the runners who started did not make it, I was able to tough it out.  (I get that from my mom! :))

The summer involved climbing Mt. Baldy and Gorgonio, the 4th of July with the Hassetts, saying goodbye to Cadbury, my other sister's wedding in August and a visit from my cousins and a friend from Chile for the Cubs game!  It was great to be able to see family so much over the summer!  September was Mt. Whitney, we did it in one day and dealt with altitude sickness, cold weather and hail on the peak!  Thank you to my good friend Julius for getting the permit and inviting me!

The newlyweds Ginny and Jeremy came to visit the following weekend and the 4 of us literally spent the entire time on the water.  We left for only minutes at a time to walk the dog or see the sports game and I managed to sprain my ankle in that half hour!  AND THEN, at the end of September, I participated in my first swim event, at the La Jolla Cove and swam two 1 mile legs for our team, Ladies of the Sea.

Since October, I've had a few volunteer opportunities at races, I have been applying to grad school, (SUCH A PROCESS), building a marketing position for my chiropractor, Dr. Garrett, selling a new-to-the-US-market herbal supplement, and training others in the art of having fun while running.  Recently, as a Christmas gift, my mom gave me a shirt that reads:  "Any idiot can run a marathon, it takes a special idiot to run an ultramarathon."  I guess she's proud of her special idiot daughter.

2013 has been a year of trying new things, of strengthening family bonds, of spending time with David and our silly dog Maximus, and of making new friends!  It feels great to have made such strong connections with great people over the course of the year!  I love keeping in touch with people and therefore, cannot deny how much I appreciate the technology that allows us to do this.

For 2014, I look forward to my nephew coming to visit on his spring break and swimming in the pacific with him, the opportunity to attend a long time friend's wedding in Slovakia, getting a scholarship for grad school (!!!), going to Florida with my sisters and mom, running another 100 and becoming a student again in the fall.

In 2014, I also hope to focus on releasing my fear of giving myself up, spending quality time with loved ones, helping the world in little ways and learning Portuguese.

I have not been able to come up with a resolution and simply have these goals.  However, if you have a resolution, stick to it and believe that it will make you a better person in the end if you can tough it out.  There are so many things to do in this world and a million ways to do them.  You are stronger than you realize. 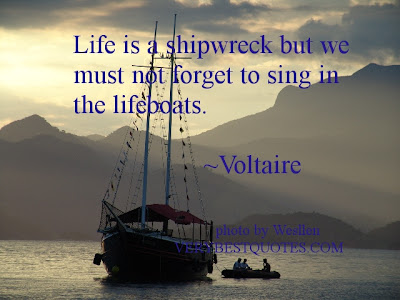 Posted by Potranca at 2:59 PM No comments:

My experience with Nelson Mandela started Junior year of high school with Mr. Casey.  He was an assistant cross-country and track and field coach.  I also took his African Cultures elective where we studied the geography of Africa, politics, history, etc.  We watched The Power of One in his class.  http://en.wikipedia.org/wiki/The_Power_of_One_(film)

I had other things to do in life so I told myself I was going to visit Africa before I turn 30.

On a trip to Salzburg, on the Sound of Music tour, I met a man from South Africa.  The first person I had ever met from South Africa.  He helped me with my luggage, I was only 20 and hadn't perfected the art of packing... we shared some smokes I and had to be out to Vienna.  When I discovered I didn't have enough money to get to Vienna, he offered to help.  Remembering my grandmother's words of advice about being too trusting, I declined.  To which he responded.  "Don't let your pride get in your way.  Pride can keep us from doing things we would or otherwise should do."

Today Nelson Mandela has passed on and we are left with his legacy.  He had the innocence of Anne Frank and the power of Gandhi.  A hero for his people and a role model to everyone everywhere.

Please take a moment to watch the trailer for the film "Mandela:  Long Walk to Freedom":  http://mandelafilm.com/#/

In honor of Mandela and in order to celebrate the holidays more effectively, I propose the following:

- Do not judge anyone this Holiday season.
- Don't think you're too cool to give money to the homeless.
- If you're someone who brings food home from a restaurant and doesn't eat it, give it to someone who will.
- If you're someone who doesn't bring food home, stop ordering so much or cook your own food.
- Be thankful for what you have always.
- Realize what is important not just to you but for everyone.
- Do something differently than you normally do.

I cannot emphasize enough the importance of thinking.

Use your own thought to come to conclusions. (This may be difficult)

Stand up for what you believe in.

Do not be afraid.

These are the ideals I have learned from Mandela.  I think it's time I go to Africa.

RIP Madiba
You will forever be in our hearts.

Posted by Potranca at 4:14 PM No comments: